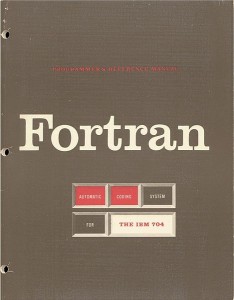 The first FORTRAN program is executed. FORTRAN was developed by IBM scientists who were looking for a better way to program the IBM 704 mainframe computer. It quickly became the dominant programming language for scientific and engineering applications and still is used today, especially in the area of high-performance computing.