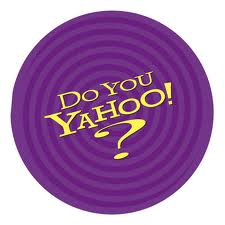 Yahoo! begins advertising its web-based search service on national television, featuring the tag line “Do You Yahoo?”. The ads first air during Late Night with David Letterman, Saturday Night Live, and Star Trek. This was a very early example of the Internet entering into the mainstream. 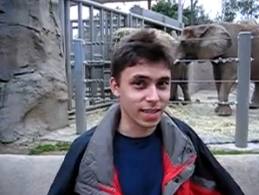 The first video uploaded to YouTube, “Me at the zoo,” is posted on April 23, 2005 at 8:27 PM by co-founder Jawed Karim. For now being a piece of history, the video is actually pretty dumb.

Note to future entrepreneurs: what you do may be for posterity. Choose wisely.

Version 1.0 of the web browser Mosaic is released by the National Center for Supercomputing Applications. It’s the first software to provide a graphical user interface for the emerging World Wide Web, including the ability to display inline graphics. The lead Mosaic developer is Marc Andreesen, one of the future founders of Netscape.

My first experience with the World Wide Web was in 1993 using Mosaic on a Mac in my dorm’s computer lab. I had no idea what I had discovered until a few months later. 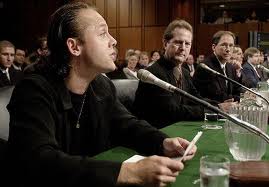 The heavy metal group Metallica sues Napster, alleging copyright infringement and racketeering. This lawsuit, later joined by Dr. Dre, as well as other lawsuits from the RIAA, eventually caused the original Napster service to shut down and file bankruptcy. However, the Pandora’s Box that Napster opened could not be closed and digital distribution changed the music industry forever.

As for Metallica, their reputation was tarnished for some time by this move. Ironically, Metallica owed much of their early popularity to the spread of unauthorized copies of their early albums. As the heavy metal genre in general and Metallica in particular did not get much airplay at that time, it was reported that Metallica quietly encouraged the free spread of their music in the early 80’s. Therefore many viewed Metallica’s action against Napster as hypocritical and greedy. 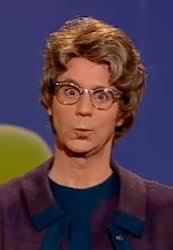 Dan Farmer and Wietse Venema release to the Internet the Security Administrator Tool for Analyzing Networks, known by its acronym, SATAN. SATAN is a network scanner for investigating the vulnerability of remote systems. Designed for use by network administrators, the program will soon generate controversy over the ethics of freely releasing powerful security tools to the general public. And it didn’t please the Church Lady one bit, either. 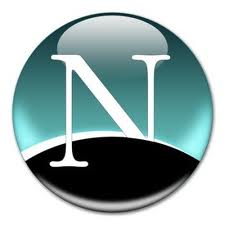 Ironically, 19 years to the day after Microsoft was formed, Marc Andreessen and Jim Clark create the Mosaic Communications Corporation, which will later be renamed Netscape Communications Corporation. Andreessen had developed the Mosaic web browser while working at the National Center for Supercomputing Applications (NCSA) at the University of Illinois.

The now ubiquitous Gmail service is launched as an invitation-only beta service. At first met with skepticism due to it being launched on April Fool’s Day, the ease of use and speed that Gmail offered for a web-based e-mail service quickly won converts. The fact that Gmail was invitiation-only for a long time helped fueled a mystique that those who had a Gmail address were hip and uber-cool. Those of us who are actually hip and uber-cool didn’t mind, of course, as those types of things don’t bother hip and uber-cool people.

The first e-mail virus to cause widespread damage and one of the fastest spreading viruses in history, Melissa was released into the wild on an early Friday morning and within three days would infect between 100,000 and 250,000 computers around the world. While the virus did not directly cause any damage, the sheer volume of e-mail that it generated crashed many corporate *cough* Microsoft *cough* e-mail servers.

A note to future entrepreneurs: when doing the “first” of anything, it may be for posterity so try to be interesting. Kthnx.

Yahoo acquires the company Ludicorp along with its popular photo-sharing site Flickr. It is reported that Flickr currently hosts more than 5 billion photos.