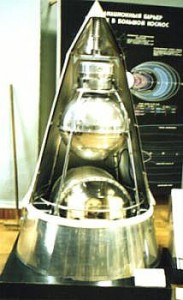 The Soviet Union launches Sputnik 2, the second spacecraft launched into Earth orbit and the first spacecraft to carry a living creature into orbit. Laika, a Siberian Husky dog, unfortunately only survived a few hours into the flight and died from stress and overheating. The Soviets had planned to euthanize Laika regardless, as Sputnik 2 did not have de-orbiting or reentry technology designed into the spacecraft.