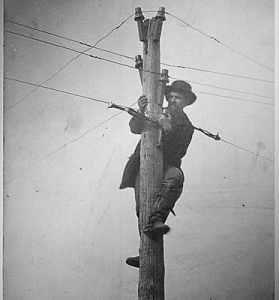 Western Union completes the first transcontinental telegraph line across the United States, making nearly instantaneous cross-country communication possible for the first time. Previously, it took ten days for a letter to be sent from Missouri to California via the Pony Express. Not coincidentally, two days later the Pony Express shut down operations.