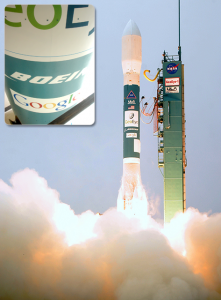 After 5 months of delays, the high resolution earth observation satellite, GeoEye-1, is launched from Vandenburg Air Force Base. Owned by the corporation GeoEye, Inc., GeoEye-1 is capable of taking high resolution images with detail of down to 16 inches. However, the US Government has restricted that resolution for its own use. Commercial usage is limited to resolutions with detail down to 20 inches. As the exclusive licensee of the images for online mapping purposes, Google had its logo on the Delta II rocket that was used to launch GeoEye-1.

Posted in Space Travel, The Internet
Subscribe to RSS