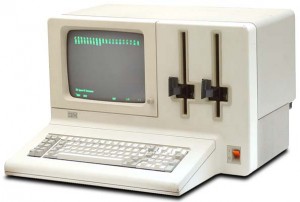 IBM introduces their System/23 Datamaster desktop computer, only two weeks before they introduce their IBM PC. Geared towards small business for use as a word processor and data processor, the computer was designed to be set up by end-users without the need of a computer specialist. While now a footnote in history, the importance of the Datamaster is that many of the team members that developed it were re-assigned to the secret IBM PC project. Much of the knowledge they acquired working on the Datamaster went into developing the IBM PC as quickly as possible. For example, the choice of the Intel 8088 processor in the IBM PC was based on the team’s familiarity with the similar Intel 8085 processor used in the Datamaster.