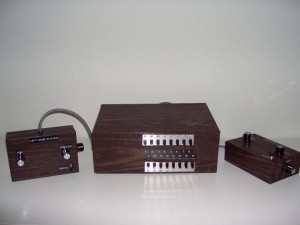 Ralph Baer demonstrates the video game system he invented, simply called the “Brown Box”, to Magnavox engineering, production, and marketing management in Ft Wayne, IN. Previously Baer had demoed the Brown Box to many other TV manufacturers including RCA, GE, Zenith, Sylvania, and Magnavox themselves without any licensing agreements. A licensing agreement with RCA was written but cancelled in March of that year. It was this demo with Magnavox’s VP of Marketing present that would eventually lead to creation of the first home video game system, the Magnavox Odyssey, and the birth of the video game industry.