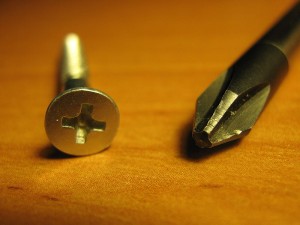 Several US patents are issued for the Phillips-head screw and screwdriver to inventor Henry F. Phillips. Phillips founded the Phillips Screw Company to license his patents. One of the first customers was General Motors for its Cadillac assembly-lines. By 1940, 85% of U.S. screw manufacturers had a license for the design.