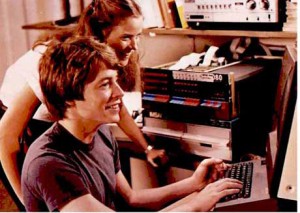 The science fiction film WarGames is released. Notable for bringing the hacking phenomena to the attention of the American public, it ignites a media sensation regarding the hacker sub-culture. The film’s NORAD set is the most expensive ever built at the time at a cost of $1 million dollars. Not widely known is that the movie studio provided the film’s star, Matthew Broderick, with the arcade games Galaga and Galaxian so he could get first-hand experience before shooting the film’s arcade scenes.