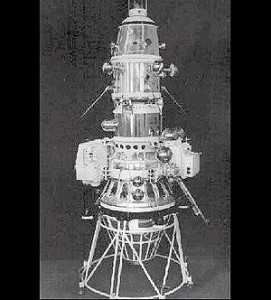 The Soviet space probe Luna 10 becomes the first spacecraft to orbit around the Moon. It was launched by the USSR from an Earth orbiting platform on March 31, 1966. Luna 10’s battery will operate for 460 lunar orbits before deactivating as planned on May 30, 1966.