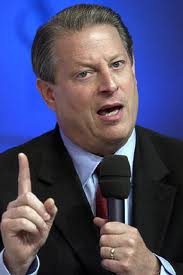 United States Vice President Al Gore gives an interview on CNN’s Late Edition in which he states, “During my service in the United States Congress, I took the initiative in creating the Internet. I took the initiative in moving forward a whole range of initiatives that have proven to be important to our country’s economic growth and environmental protection, improvements in our educational system.” This is the infamous statement which will be widely misquoted as “I invented the Internet.”