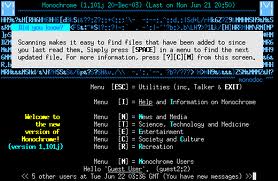 The first computer bulletin board system is created (CBBS in Chicago, Illinois). BBS systems were where a lot of us were first introduced to the concept of e-mail, years before the Internet went mainstream. OK, maybe not “a lot” of us. Just the geeky ones. In the time before computers were cool. Computers are cool now, aren’t they?