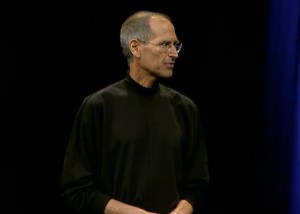 An internal Apple memo from Steve Jobs announced that he would be taking a six-month leave of absence, until the end of June 2009, to allow him to better focus on his health and to allow the company to better focus on its products without having the rampant media speculating about his health. It was later revealed that he required a liver transplant.