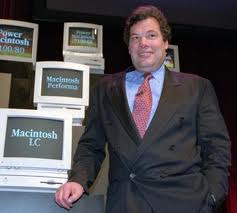 Apple Computer announces that it will post a US$68 million first quarter loss. It also announces a restructuring plan to reduce the company by a thousand employees. This event leads to the resignation of Apple CEO Michael Spindler, who is replaced by Gil Amelio. Gil Amelio eventually purchases Steve Jobs’ company, NeXT, which leads to the development of Mac OS X as well as the return of Steve Jobs as Apple CEO.