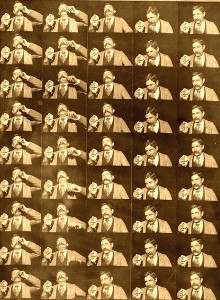 W.K. Dickson, an employee of Thomas Edison’s movie studio, receives a copyright for a motion picture film. The 5 second demonstration was a 47-frame film showing a man sneezing. This man, Fred Ott, is now most famously known for having this sneeze recorded in film. “Fred Ott’s Sneeze” is the earliest surviving film to receive a copyright in the United States. While technically a copyright for a film had been granted to Edison’s studio in the previous year, the records for what film it was have been lost.