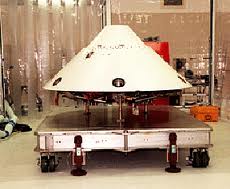 The Mars Polar Lander is launched. The mission ultimately ended in failure during an attempted landing on Mars’ surface. Attempts to re-establish communication with the lander failed after the lander entered Mars’ atmosphere. It has been concluded that the most likely cause of the failure was a software error, causing the lander to crash into the planet. Even though software was the likely culprit, it has not been proven that Microsoft had anything to do with it 🙂